Edtech Byju's confirmed the acquisition of Aakash Educational Services Ltd (AESL) on Monday as it seeks to strengthen its presence in the exam preparation sector and add comprehensive capabilities to both entities.

The nearly $ 1 billion equity and cash deal closed last week, making it one of the costliest deals in India's burgeoning educational technology field, according to two people with direct knowledge of the merger talks.

AESL will operate independently after the acquisition, and founders JC Chaudhry and Aakash Chaudhry will continue to lead the entity. 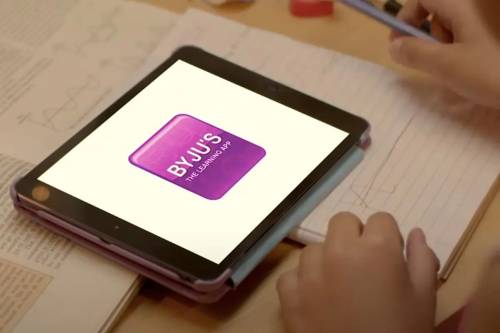 Aakash's pedagogy in the exam preparation department will see an integration with Byju's content and technical capabilities.

The whole idea of the association is to allow students to learn anywhere, anytime, and through any preferred delivery channel. As we unite a larger ecosystem with that of Byju, Aakash's business will continue to operate as is, as we expand our physical classroom centers and delve into Tier 2 and Tier 3 locations, ”said Akash Chowdhury, Managing Director of ASEL.

Akash has nearly 200 physical learning centers in 130 cities, serving around 150,000 students, a fraction of what Choudhury estimates as a market of 2.5 million students who write entrance medical exams and IITs each year.

The acquisition will allow Aakash to open more centers and target new students through a combination of online and offline teaching. After the merger, Byju will make further investments to accelerate Aakash's growth.

However, Byju declined to comment on the full value of the expected investment in the unit.

"What is expanding really well in international markets like China for the test sector is the mixed online and offline model. Also, much of the learning has moved online due to habits formed by students. over the past year. Therefore, students can go to non-online connected centers to interact directly with the teacher on weekends and do group preparations, which are crucial for exam preparation. But it would be difficult to predict the percentage that will be offline from the Internet, ”Byju Raveendran, founder, and CEO of Byju's told Mint.

In 2019, Blackstone was reported to have acquired a 37.5% stake in Aakash for Rs 1,350 crore, which values the company at more than $ 500 million. The association aimed to improve Akash's online educational game.

Earlier this month, Byju raised nearly $ 460 million as part of its ongoing Series F financing to fund the Aakash acquisition, valuing the company at more than $ 13 billion. By, which raised more than $ 1.25 billion in 2020 alone, is still on the market for additional funding and is considering new acquisitions in the education space.

With a strong focus on consolidation, Indian educational technology companies raised $ 2.1 billion in 2020, the highest of all sectors, compared to $ 426 million in 2019, according to data from Venture Intelligence.