Amazon India said on Tuesday that it has partnered with Mahindra Electric to strengthen its commitment to electric mobility in the country as it seeks to add 10,000 electric vehicles to its local delivery fleet by 2025.

According to the e-commerce leader, Mahindra's Treo Zor vehicles have been deployed in seven cities: Bengaluru, New Delhi, Hyderabad, Ahmedabad, Bhopal, Indore, and Lucknow, so far, with the delivery service partner network on Amazon India.

This is in addition to Amazon.com's commitment to have 100,000 electric vehicles (EVs) in its global delivery fleet by 2030. Rival Flipkart pledged, last year, to convert its entire fleet in India to electric vehicles by 2030.

“The partnership between Amazon India and Mahindra Electric is a welcome step that reaffirms the significant progress that India has made in the electric mobility industry and highlights the role of automakers and e-commerce companies in achieving the environmental sustainability goals, we are confident that the government's efforts to boost the adoption of electric vehicles in the country and the steps are taken to create an infrastructure backed by political measures will help more companies to adopt e-mobility,” said Nitin Gadkari Union Minister for Road Transport and Highways. 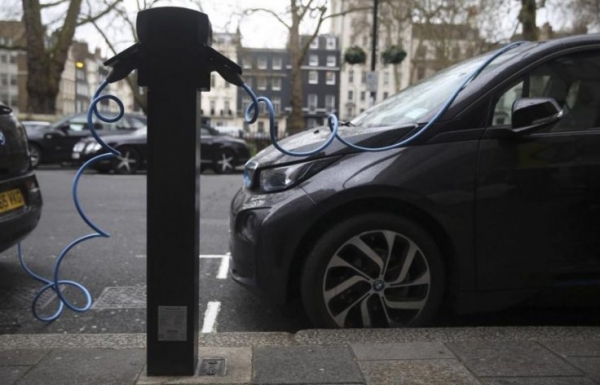 Amazon India said in a statement that the Indian government's focus on fostering the adoption of electric mobility, through awareness campaigns such as "Go Electric", and the steps taken to create transport infrastructure with the FAME 2 policy, have helped the company accelerate and chart its vision for (EVs) Electric vehicles in India.

In September 2019, Amazon became one of the first signatories to the Climate Pledge, which states that the company will be carbon neutral by 2040 in all of its businesses.

"Expanding our electric vehicle fleet to 10,000 vehicles by 2025 is a milestone in our journey to become a sustainability leader in the industry. We continue to work with various OEMs to build a fleet of" Made in India "electric vehicles that ensure sustainability and safe deliveries to customer demands, said Akhil Saxena, Vice President, Customer fulfillment Operations, APAC, MENA & LATAM, Amazon.

"We are proud of our partnership with Amazon to implement the Mahindra Treo Zor EV in its fleet of delivery partners," said Mahindra Babu, President, and CEO of Mahindra Electric Mobility Ltd.

Earlier this month, Amazon India announced the start of its first manufacturing line in India to make the Fire TV Stick. The contracted manufacturer will partner with Cloud Network Technology, a Foxconn subsidiary, and production will begin later this year in Chennai.

In the past, Amazon India promised a $ 1 billion investment to digitize 10 million SMEs, help Indian businesses sell worldwide, enabling $ 10 billion in cumulative exports and the creation of 1 million additional jobs by 2025.