How to protect oneself from air pollution - Business2Business

New Delhi, November 8 (IANSlife) Air pollution is a mixture of solid particles and various gases released into the air as pollutants. These pollutants are harmful to human health and also to the planet. Air pollution risks can range from higher illnesses to higher temperatures.

Some examples of common pollutants are smoke, soot, pollen, methane, mold, and carbon dioxide. In addition to these, there are many other common pollutants that can be harmful to us and the planet. Air pollution is the result of exhaust gases from automobiles, fossil fuel-based factories, exhaust gases from factories and industrial plants, natural causes, or household activities. 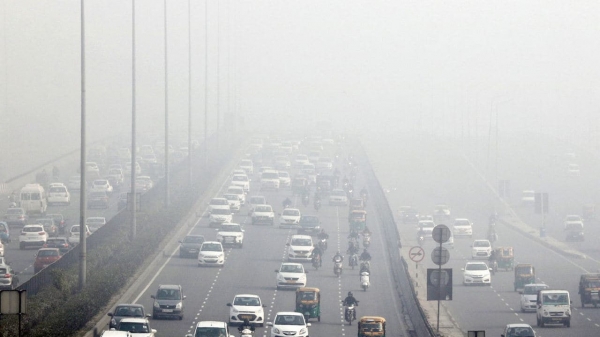 Poor air quality has harmful effects, it kills people. According to a survey by the World Health Organization, poor air quality around the world caused 4.2 million premature deaths in 2016. One would think that outdoor air pollution is a major threat to human health. However, indoor smoke is a constant threat to the health of almost 3 billion people who cook and heat their homes by burning biomass, kerosene, and charcoal, in India 65.53 percent of the population belongs to rural areas and therefore depends on any of the substances mentioned.

According to the World Health Organization around the world, outdoor air pollution causes:

In a recent study published in the Journal of Chemical and Engineering News, he reported how researchers linked air pollution to dementia, autism, and some other neurological disorders. Outdoor air pollution has become a reality in our lives today. However, in both children and adults, short- and long-term exposure to air pollution can lead to decreased lung function, respiratory inflammation, and worsening of asthma. When a pregnant woman is exposed to air pollution, it can pose serious threats, such as low birth weight, preterm delivery, and airborne deliveries during pregnancy.

2. When pollution levels are high, avoid exercising or walking outside

3. There may be some very crowded areas around us, one should avoid exercising or walking in those areas

5. Walking, riding a bicycle, using public transportation, or using cars can reduce the amount of gas that vehicles emit.

6. Do not burn wood or garbage, it produces soot that is harmful to human health.

7. Do not encourage smoking indoors

Improving the quality of the air around us will improve overall human health and reduce the impact of air pollution on the environment. Some changes in our daily routine can help us breathe easier.