Didn’t skip EMIs during lockdown? Get cashback from your bank: Government

New Delhi: In a major relief to borrowers amid the global pandemic, the Finance Ministry issued guidelines for implementing a waiver of 'interest on interest' for six months. Payments will be made to individual borrowers and small businesses with loans of up to Rs 2 crore.

According to reports, the government may have to take a hit of Rs 7,000 crore for the implementation of the scheme.

In the wake of the coronavirus pandemic in the country, the Reserve Bank of India announced a moratorium on repayment of EMIs and credit card dues for three months. Subsequently, the central bank extended the moratorium period till August 31. According to the eligibility criteria mentioned in the guidelines, accounts should be Standard as of February 29, which means that it should not be Non-earning Assets (NPA).

According to the scheme, lending institutions shall credit the difference between compound interest and simple interest with respect to eligible borrowers in the respective accounts for the said period, regardless of whether the borrower has benefited in whole or in part from the moratorium on repayment of loan announced by the RBI on March 27, 2020. 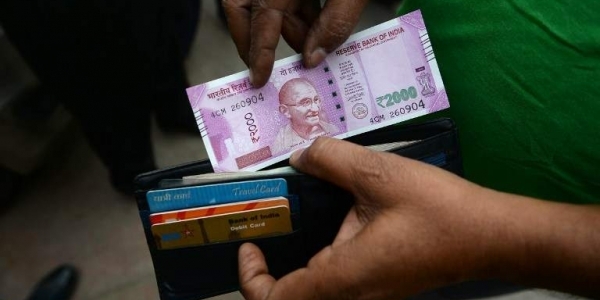 The scheme is also applicable to those who have not availed  the moratorium scheme and have continued with the repayment of loans.

The lending institutions after crediting the amount will claim the reimbursement from the central government.

On October 14, the Supreme Court directed the center to implement as soon as possible to waive interest on loans of up to Rs 2 crore under the RBI moratorium scheme in view of the COVID-19 pandemic saying the common man's Diwali is in the government's hands.

The center recently told the apex court that going any further than the fiscal policy decisions already taken, such as waiving compound interest imposed on loans of up to Rs 2 crore for a period of six months moratorium period, maybe "detrimental" to the overall economic scenario, the national economy and banks may not take "inevitable financial constraints".

The government will hereby pay an amount equal to the difference between the accrued interest, that is, the interest on the interest and the simple interest, during the deferment granted for a period of six months on a loan of up to Rs 2 crore.