The funding, which is largely secondary in nature with a smaller primary component, is expected to further reduce Chinese gaming and social media giant Tencent Holdings' stake in the company to single digits. People familiar with this said the investment estimates Dream Sports at about $ 2.5 billion.

At least two other early investors in Dream Sports, Kalaari Capital and Renuka Ramnath-led private equity firm Multiples Alternate Asset Management, are also believed to be shedding a portion of their holdings. Tencent led the $ 100 million D funding round in September 2018, alongside investors such as Kalaari and Multiples.

Additionally, the investment by New York-headquartered Tiger Global Management is the third in an Indian unicorn in the calendar year. Tiger Global announced investments in Ed Tech Byju's in January and in online food delivery company Zomato earlier this month.

In addition to being the title sponsor, Dream11 also co-sponsors the IPL on Star Sports with an estimated outgo of Rs 100 crore. The event begins on September 19 in the United Arab Emirates.

"We are very pleased to welcome our new partners, who share our passion for sports and have extensive experience in building high-value technology companies in India," said Dream Sports CEO and Co-founder Harsh. Jane The company has grown beyond fantasy sports to sports content, merchandise, live streams, and experiences in the last two years, and "there is a lot to come," he said. 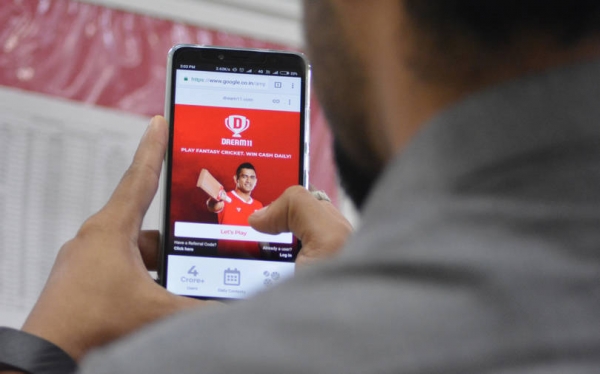 "The sports sector has high growth potential in India," said TPG Managing Director Akshay Tanna. "There is a great opportunity to enhance the fan experience and we are excited to partner with Dream Sports to leverage technology in ways that deepen the relationship between Indian fans and the sports they love."

Dream Sports was launched in 2008 by Jain and Bhavit Sheth and has grown from one brand to multiple brands and from 200 employees to more than 450 employees in the last two years. "I am proud of our extremely lean and efficient team that has been the driving force behind the creation of 'Sports Tech' as a new industry category in India," said Sheth, COO.

Fantasy sports have grown rapidly in recent years in India. According to industry estimates, there are approximately 100 million gamers in the country, of which 82 million use Dream11. According to Jain, the total potential in the next two years will be around 250 million users in India. The growth of the sector has also led to a proliferation of companies in this sector. From around 30 in 2016, the fantasy sports sector now has over 200 companies.

Source: PAN misplaced or defaced? Here's how you can get a new copy