MUMBAI: Great Wall Motor, the latest Chinese automaker to enter the Indian market, signed a memorandum of understanding with the Maharashtra government on Tuesday agreeing to invest in modernising its Talegaon manufacturing plant and generate employment for 3,000 people.

The company reaffirmed its plan to invest 1 billion dollars (Rs 7,600 crore) in the Indian market, as announced during the Auto Expo in February this year.

Parker Shi, General Manager of GWM India, thanked in a press release, the Maharashtra government, and said that cooperation could become a great business opportunity for both parties. 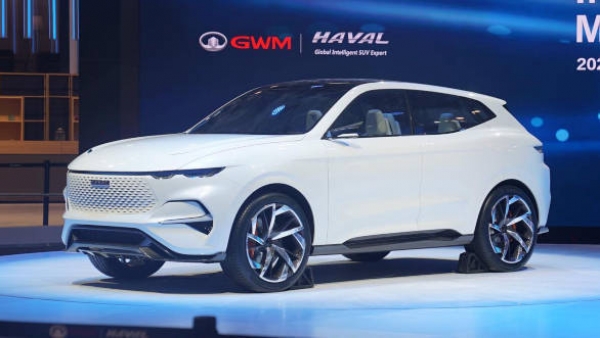 "This would be a highly automated plant in Talegaon with advanced robotic technology integrated into many production processes," Shi said. GWM acquired the plant at Talegaon near Pune from General Motors earlier this year for a consideration of about Rs 1,000 crore.

The announcement comes at a time when anti-China sentiments are escalating on social media, as many blaming the northeastern Indian neighbor for the outbreak of the new coronavirus. Skirmishes between the Indian and Chinese Armed Forces in Ladakh are also fuelling this sentiment.

" It’s becoming a nationalist issue post the" Vocal for Local " call given by the Indian Prime Minister earlier this month. Any Chinese company looking to set up operations will see delays in decision-making.

Brand consultants said that while the sentiment on social media was against Chinese automakers, the impact on the market may not be as significant as Chinese companies usually have deep pockets to afford to price their products aggressively. Vehicles sold by MG Motor, a British brand marketed by SAIC, a Chinese company, have been received well in India with monthly sales exceeding 3000 units before the Covid-19 pandemic.

GWM’s billion-dollar plan includes establishing two brands in India: Haval and GWM EV. While the former will cater to all types of SUVs, the EV brand will house non-SUV electric vehicles.

The company said that the acquisition of an existing factory will ensure that the new entrant will have a locally-made product in the market as early as next year.

A carmaker is known for its backward integration in the value chain, Great Wall will also bring to India its critical parts supply-base, an expensive part of the billion-dollar investment. The company has around 70 firms that make components for its vehicles and also invested in a lithium mining company, ensuring a stake in the entire EV value chain.