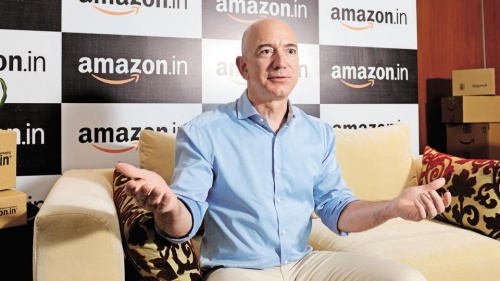 Ecommerce news India - CAIT (Confederation of Indian Traders) is organizing a protest at Jantar Mantar, in the national capital, on Wednesday to show their anger at foreign online retailers in the field of e-commerce making it big in ecommerce news in India. This, while the American e-commerce company Amazon begins its symbolic two-day summit for SMEs in the national capital. The event will likely bring Amazon founder Jeff Bezos to the country, according to numerous media reports.

It is expected that the American billionaire, Jeff Bezos, who founded Amazon in 1994 will face the heat of many merchant associations and retailers in India, where dozens of small retailers, distributors, and mobile phone store owners will be stirred against the big discounts offered by electronic retailers (ecommerce retailers) such as Amazon & Flipkart and encouraged to forcing them to comply with the guidelines Foreign Direct Investment (FDI) policy. In total, 5,00,000 merchants/traders are expected to protest at more than 300 locations in India on January 15, CAIT said. On Wednesday, merchants will meet in Jantar Mantar in Delhi between 11:30 am to 12:30 pm, a member of the CAIT told. In addition, protests will be held at other locations apart from Delhi. Reports said that these protests are trending in ecommerce news in India. 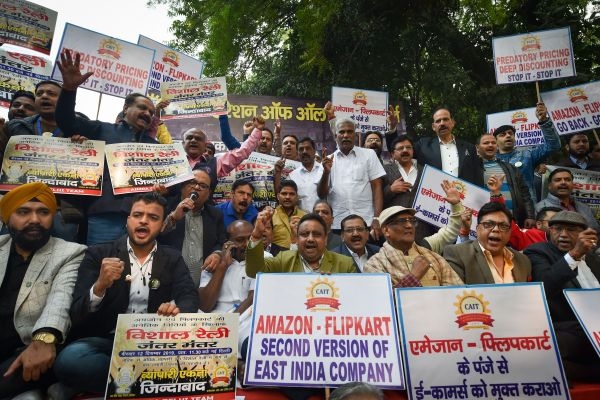 The online retailer will organize a two-day event in the capital, starting January 15. "Smbhav", a collaboration event for SMEs (Small to Medium Enterprises), will be attended by top industry executives, such as Kishore Biyani, Piyush Pandey, among others; while Amazon's chief executives, such as Amit Agarwal (Amazon's country head, India), are expected to address Small business owners rather than collaborating with online retail products, services and platforms.

Amazon will organize the event in the context of an investigation conducted against online retailers in India earlier this week. On Monday, the Indian Competition Authority, the Competition Commission of India (CCI), said it has summoned an investigation into alleged violations of competition law by Amazon and Flipkart. CCI has said that it will investigate e-commerce retailers about excessive discounts and exclusive tie-ups, following complaints from Delhi Vyapar Mahasangh, which is also a part of the association and represents the interests of small businesses. Amazon said it will fully cooperate with the Competition Commission of India.

Praveen Khandelwal, CAIT Secretary-General, said the association that works to preserve the interests of 7 million small merchants, retailers, and mobile phone store owners, among others, has been working to provide a more marketable area for Indian retailers and merchants. Ecommerce news in India is booming about latest protests that are aimed at drawing government attention to the impact of the big discounts, the preferential treatment offered to some sellers and the exclusive links of online retailers who, he said, were hurting dozens of small physical retailers.

Khandelwal emphasized that although the association does not oppose online commerce or ecommerce in general, it is pressuring more companies to follow the rules laid down by the Indian government that govern foreign investment in and compliance with the country's e-commerce market.

Amazon and Flipkart, are heavily invested in the Indian retail market, even through online trading remains a small part of the country's retail business. But the consumer hub of the Internet threatens existing business models here.