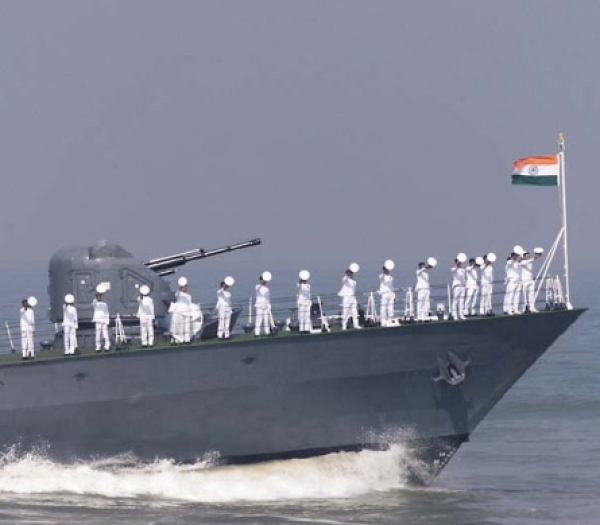 The Indian Navy day is celebrated on 4 December every year to recall Operation Trident during the Indo-Pak war 1971.


The main objective of the navy is to protect the country's maritime borders, in coordination with the other two armed forces of the Nation. The Indian Navy also promotes Bilateral relations between the nations. The Indian Navy conducts many joint exercises with other nations, also conducts goodwill visits, humanitarian missions such as disaster relief etc.

Indian Navy's Impact on the Economy


Shipbuilding is a capital intensive activity, which has helped create a narrative that says that the budgetary allocation for shipbuilding in the Indian Navy will leave a drain on our economy. It has been argued by our CNS Admiral Karambir Singh that investing in the shipbuilding activities of Navy will not lead to a fiscal drain. He has given two reasons for the same.

The first reason is the 'plough-back effect'

Through the estimates, it has been known that a large proportion of each rupee that has been spent on the Navy has been ploughed back into the economy of India which states impact of Indian Navy on the economy should not be considered bad. As over 60 per cent of the budget of Navy has been dedicated to capital expenditure. Approx 70 per cent of the capital expenditure budget is spent on the indigenous sourcing which has accumulated to approx Rs 66,000 crores in the previous years.
Out of the 51 ships and submarines that are on order at various shipyards in India, 49 will be constructed in India only. This basically shows us the plough-back levels into the Indian Economy.

The second reason is the 'Naval shipbuilding instigator'

For the generation of employment opportunities in the country as well as skill development, Indian Navy acts as an instigator. These are the real challenges which our nation is currently facing. Apart from this, the naval projects have also led to the creation of newer capacities within the shipyards of India. The largest dry-dock of India has been under construction at the Cochin Shipyard. This will help to enable the servicing of the large-sized commercial ships too, along with the aircraft carriers. This was the move for this project. These naval shipbuilding projects also contribute to the strategic outcomes for India.

The Indian Navy has come out with various concrete plans to bring in big data analytics as well as Artificial Intelligence capabilities to find appropriate solutions for naval combat, logistics and many other key areas of focus such as operational readiness, capability enhancement, operational logistics and infrastructure etc.

The reorganisation of the Indian navy for improved operational efficiency and optimal manning has helped finalise the long term road map of the Indian Navy.

A structured multi-pronged plan is going to be pursued in order to harness the national capabilities and help in enhancing the support structures. The efforts of the Indian Navy will be supplementing the other government agencies' efforts, as well as the private sector. The research and development efforts that take place in the maritime sector also include The Science and Technology Roadmap (2015-2035)and the Indian Naval Indigenisation Plan (2015-2027).

There are various plans of the Indian Navy with its goal of having a fleet of over 200 ships and 500 aircrafts and becoming a World-Class Navy by the year 2050. The period of building up the fleet will be spread over the period of a decade. Some ships that have been under construction and will be the replacements for the phased-out ships. The commencement of the construction of Indian Navy's third aircraft carrier will happen within the period of three years from now and the other approvals for programs such as building 6 conventionally powered Project, 75 Submarines using Air Independent Propulsion (AIP).

The Indian Navy is planning to have more than 200 ships as well as about 500 aircrafts by the end of the 14th 5-year Plan (2019). Apart from their existing mission to secure both the sea flanks in the Bay of Bengal and the Arabian Sea, the Navy is going to be capable to respond to any emergency situations that may arise away from the mainland.

A new amphibious warfare facility is going to be set up at Kakinada in Andhra Pradesh because of which the Marine Assault capabilities of the Indian Navy will be enhanced.

Phase II of the expansion of INS Kadamba (Third largest Naval Base in India near Karwar in Karnataka) has been started. This Phase includes the expansion of the berthing facilities so as to accommodate around 40–45 more front-line warships which will also include INS Vikramaditya, the aircraft carrier of India to help in raising the manpower to about 300 officers as well as 2,500 sailors. Also, to construct a naval air station with a runway that is 6,000 foot long.

Phase II will be followed by Phase IIA and IIB which will lead to INS Kadamba being able to base about 50 front-line warships. The Navy is also currently involved in the construction process of a new Naval Base, INS Varsha at Rambili for the purpose of keeping the Arihant Class submarines.

India is planning to build some aircraft carriers. The first will be the INS Vikrant, expected to be launched by 2019 end. Thereafter, INS Vikrant will be undergoing extensive sea trials and the commissioning of the ship is planned to be held in the year 2021. The INS Vikrant is capable of operating over 40 aircrafts.

The second will be the INS Vishal which will displace over 65,000 tonnes of sea waters and the expected delivery is by late 2030s. With the INS Vishal, the goal of the Indian Navy is to have three aircraft carriers which will include two fully operational carriers and the third in refit. 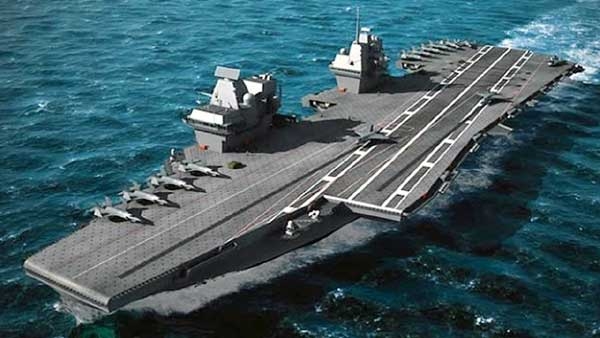 The Indian Navy is also in the process of acquisition of various surface combatants such as Visakhapatnam-class destroyers, Project 17A-class and Admiral Grigorovich-class frigates, ASW shallow water corvettes, ASW corvettes and MCM vessels.

New submarine types include:
The Kalvari class, Project 75I, and the nuclear Arihant class.

The Indian Navy has plans to buy 22 General Atomics Sea Guardian drones which will cost around $2 billion. at an estimated cost of $2 billion.