Air India recorded an operating loss of around Rs. Rs.4,600 crore in the last fiscal year 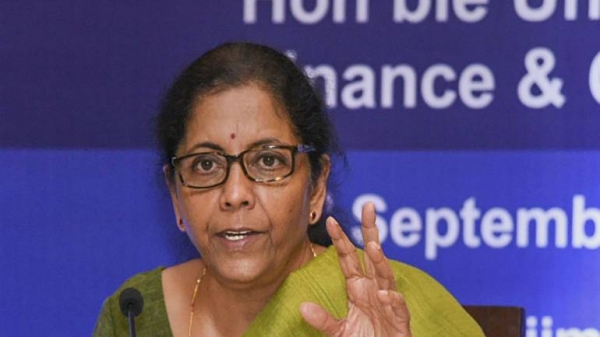 The Air India and Bharat Petroleum, two state-owned companies, are expected to sell in March next year, Finance Minister Nirmala Sitraman. The statement comes at the time when the National Airline is facing financial pressure, sitting on a pile of debt of about Rs. 58,000 crores.
"We are moving forward on both, with the expectation that we will be able to complete this deal by the end of this year," Sitharaman told the paper.

Earlier this month, Air India President Ashwani Lohani said in an open letter to Air India staff that the divestment could allow the airline's sustainability.
For Air India, there is "great interest" among investors, Sittraman says.
Recently, the Cabinet approved changes in the divestment process during which potential bidders will be heard at promotions before expressions of interest (EoI) are addressed so that concerns of potential buyers are addressed.
Last year, the government offered Air India 76 per cent stake and management control in the airline but did not receive a single bidder. Currently, the government owns 100% of the capital in Air India.
The sale of Air India's stake was unanswered last year as investors feared the government would intervene decisions in the remaining 24 per cent, the Asia Pacific Aviation Advisory Center said in a report. Now, this obstacle has been removed.
Air India recorded an operating loss of around Rs. Rs.4,600 crore in the last fiscal year, mainly due to high oil prices and Foreign Exchange losses, but the heavily indebted operator is expected to become profitable in 2019-20, according to senior officials.

In the case of Bharat Petroleum Limited (BPCL), a group of trustees agreed to sell a total of 53.29 per cent of the government's stake in the company in October.

Bharat Petroleum has Market capitalization of around Rs. 1.02 lakh crores. With the sale of 53 per cent of its shares, the government expects to earn about Rs. 65,000 crore including any entry bonus.