Reportedly, it will be an all-stock deal where Blinkit's investors will gain proportionate share in Zomato. The deal is likely to be completed in 60 days time. The companies have signed a terms sheet about two to three weeks ago and are preparing to file an application with the Competition Commission of India for approval of the transaction.

In August 2021, Zomato received CCI's approval for a $100-million investment for a 9.3 percent stake in Blinkit.

“Blinkit is the closest thing to how we all know the quick commerce business today. Blinkit pioneered grocery delivery in India for 10 minutes after our $100 million investment in August 2021. Since then, the platform has rapidly scaled to a $450 million annual GMV operation Rate (January 2022 annualised) and now operates more than 400 dark stores across 20 cities in India, 100% of Blinkit's business is now in the form of fast commerce with an average delivery time of about 12 minutes. Frequency and willingness to pay for the service," the company said in its Q3 earnings report. 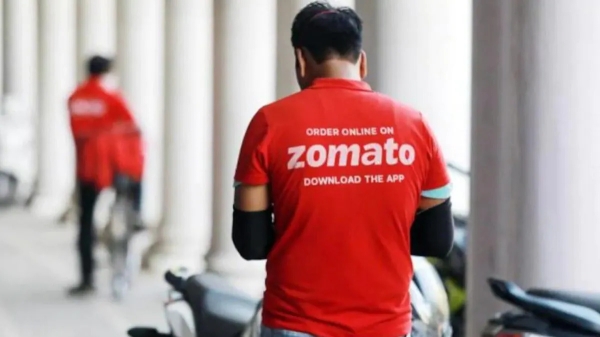 A valuation of between $700 million and $800 million will bring down the valuation of the unicorn that the online grocery delivery firm gained last year when it raised capital from Zomato.

The food aggregator announced its third-quarter earnings last month, that it is growing strongly in the fast-food segment and will invest $400 million over the next two years in this category. The company said business growth in one of its portfolio companies, Blinkit, is driving this investment confidence. Notably, Deepinder Goyal, founder and CEO of Zomato, sold all of his personal shares in Blinkit days before the announcement.

“This reminds us of the food delivery category a few years ago, when many platforms competed in a large and growing market, but in the end there were only a few that provided an exceptional experience for their customers. Our decision to invest is behind the market leadership.” Here with a sound economic unit. As a result, we are updating our potential upper bound in this category to $400 million in cash over the next two years.”