Mumbai: An initial public offering (IPO) sequence is expected to hit the market between October and December with an upcoming IPO in India. Bankers said as many as 35 companies plan to raise a record Rs 80,000 crore in the third quarter if the market remains flat. By comparison, the previous record for a calendar year was in 2017 when 36 companies raised Rs 67,147 crore.

Paytm, Aadhar Housing Finance, Star Health & Allied Insurance, Policybazaar, Emcure Pharma, Adani Wilmar, and Nykaa are among those planning to raise between Rs 4,000 crore and 16,600 crores in initial public offerings. Paradeep Phosphates, Vedant Fashions, CMS Infosystems, and Northern Arc are also expected to tap into the market to raise between Rs 2,000 - 2,500 crore in the December quarter, according to banking sources.

Market participants said they weren't worried about moving more money into the primary market or diverting it from the secondary market, which is approaching all-time highs. 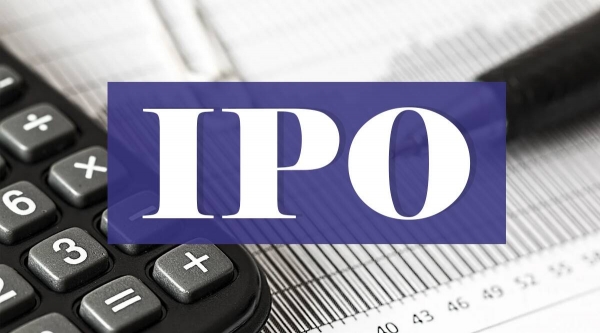 “With the kind of issues lined up, investors – including institutions – would deploy fresh money into IPOs rather than chasing the same listed stocks, and in fact, it would stop fuelling the asset bubble in the secondary market,” said V Jayashankar, head of equity capital markets, Kotak Investment Banking.

"Although there is a lot of liquidity in the market, investors are likely to choose from a large group of companies that plan to hit the primary market in the coming months," he added.

MobiKwik, Paradeep Phosphates, CMS Infosystems, Northern Arc, Sapphire Foods, and Tarsons Products may launch their initial offerings in October, while digital payments company Paytm expects to list in November. The local fintech company, backed by China's Ant Group and Japan's SoftBank, has filed an initial public offering (IPO) of Rs 16,600 crore, which is probably the largest ever in India. It is awaiting regulatory approval.

"The IPO euphoria is likely to continue in the coming months with ample liquidity, which can come from all investor segments, including domestic and foreign institutions," said Dharmesh Mehta, Managing Director, and CEO of DAM Capital. "Not all topics may get a good response," Mehta cautioned.

Foreign portfolio investors (FPIs), who invested a net amount of Rs 38,000 crore, have contributed nearly 55% of the funds raised in IPOs so far in 2021.

Of the 24 IPOs listed since April 1, 18 have traded above the offer price, while only six have had negative returns.

Fund managers said the flood of IPOs will attract more inflows to capital markets due to renewed investor interest.

"Any new company with good deals and a reasonable price is likely to attract strong inflows from mutual funds, insurance companies, foreign investment institutions, and even from retail," said Gopal Agrawal, fund manager at HDFC Mutual Fund, adding then a solid IPO. However, the pipeline doesn't have it. However, it does not have a material impact on the stock market because the microfinance industry is already seeing significant inflows through regular investment plans and new funds.