As China imposes a blanket ban on cryptos, is this a warning bell for crypto investors in India?

As the Chinese authorities banned cryptocurrency trading, there were immediate tangible repercussions with global digital currencies plummeting everywhere, including India.

The People's Bank of China (PBOC) recently declared that cryptocurrencies cannot be traded in China and also banned offshore exchanges from offering their services to investors. It also prevents financial institutions, internet companies, and payment companies from facilitating cryptocurrency trading across the country.

As a result, the volume of trade has decreased by 30 percent in India. The price of major digital currencies like Bitcoin fell more than 9 percent, before offsetting the losses.

However, in the Indian cryptocurrency market, a number of restrictions have been imposed from time to time, but so far, there is nothing to worry about as cryptocurrencies are decentralized and isolated from the dictates of central banks.

"The crackdown on cryptocurrencies is nothing new. But the fact that cryptocurrency is truly decentralized protects it from such geopolitical events." Sharan Nair, commercial director of Coinswitch Kuber, said that although there could be a slight hit, the markets will soon rebound they did in the past. 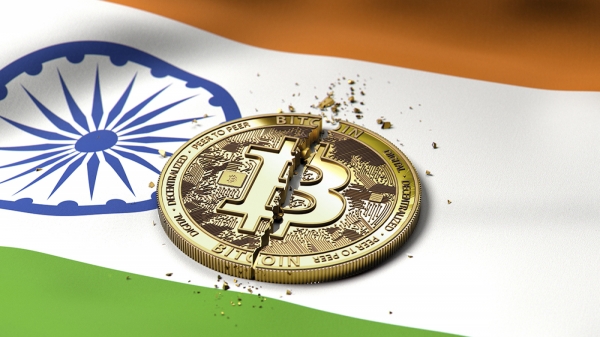 The Government of India established an inter-ministerial committee in November 2017 to study the future of virtual currencies. The report, which was released in July 2019, praised blockchain technology and also made suggestions for the use of its applications in various sectors, such as banking, for various operations, including collateral management, loan issuance tracking. , fraud detection and others.

In the same year, then-Federal Finance Minister Arun Jaitley declared that "Bitcoin is not legal tender" in India.

In March 2020, the Supreme Court lifted restrictions on the Reserve Bank of India (RBI) and annulled its order, allowing banks to trade cryptocurrencies.

The biggest push for cryptocurrencies in India came in March 2021 when the Ministry of Corporate Affairs commissioned companies to disclose investing and trading cryptocurrencies such as Bitcoin, Ethereum, Dogecoin, and others. The disclosure was apparently aimed at curbing illegal activities that occur through cryptocurrencies.

Therefore, although the ban of cryptocurrencies by the Chinese authorities or similar measures do not pose an obstacle for cryptocurrency traders in India, on the other hand, they provide good buying opportunities for investors.

Also Read: Whirlpool India to acquire an additional stake in Elica for $ 57 million