Dogecoin`s popularity soars ahead of Nifty, mutual funds in India

A good joke is when everyone laughs, or at least goes home and Googles it. The staggering heights of cryptocurrencies aren't ridiculous, but the rise of Dogecoin has confused even the biggest crypto enthusiast.

Dogecoin, a cryptocurrency born out of an icy joke in 2013 with no groundbreaking efforts like that of the creator of Bitcoin, has risen by 5,500 percent in 2021 so far, though its value has nearly halved over the past week.

Simply put, Dogecoin is an online meme coin with the symbol of the Japanese Shiba Inu dog from the meme generation, powered by individuals like Elon Musk, founder of Tesla, SpaceX, and Starlink and the Indians are intrigued.

The popularity of the meme cryptocurrency has skyrocketed among Indians since the beginning of April from almost zero before that. Reports that have pegged digital currency returns at over 10,000% per year have generated a lot of interest so far, unheard of in the world of traditional investing.

Data on Google search trends showed that more Indians were searching for the term "Dogecoin" on Google on Friday than Bitcoin and mutual funds combined. The rise in popularity of cryptocurrency has been so great that it threatens to bypass common search terms in the investment scene in India, such as "Nifty" and "Sensex". 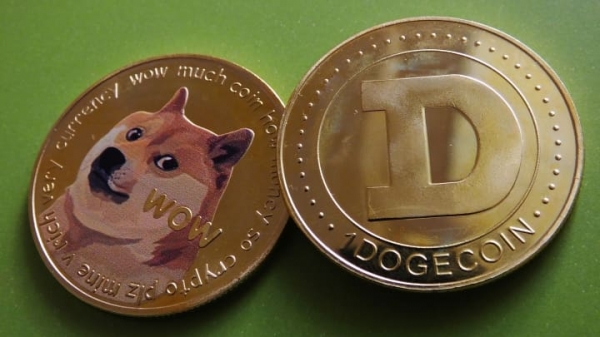 Industry watchers in India said that most of the interest in Dogecoin is driven by young investors, who are avid fans of Elon Musk, given his image as the future and his involvement in the development of some of the most revolutionary companies of the 21st century.

The spike in interest comes despite Dogecoin losing nearly half its value earlier this week after the Tesla founder commented on a popular US comedy show that the cryptocurrency was nothing more than "exaggeration", which confirms the suspicions of most people.

Before Musk appeared on Saturday Night Live last week, interest in Dogecoin broke the roof of the cryptocurrency market, as various cryptocurrency exchanges in India such as WazirX were unable to handle the flood of orders.

WazirX, India's largest cryptocurrency exchange, reported one of its highest single-day trading volumes of $ 350 million on May 7, the day before Mask came into view. Some industry observers suggested that most of the trading volumes were driven by Dogecoin investors.

Musk has tried to make adjustments since the SNL slide by announcing the launch of a moon mission called DOGE-1, which will be funded entirely by Dogecoin.

Additionally, its Twitter poll earlier this week on whether Tesla should accept payments in Dogecoin or Bitcoin coincided with the surprise announcement Thursday that the electric car company would suspend accepting Bitcoin as payment due to environmental concerns.

"... if Elon Musk is able to improve on some of his technical flaws, as he said, it could help to gain long-term value," said Vikram Rangala, ZebPay's chief operating officer.

Dogecoin's lack of core value compared to other major crypto assets like Bitcoin and Ethereum isn't even lost on crypto experts, who argue that it doesn't have any of the traits like constant supply that made Bitcoin so popular.

However, when the world's second-richest man is in the driver's seat, you can only hope that people will jump on the bandwagon.