This is in stark contrast to the previous increase in FDI that took seven years to pass in 2015 and raised the limit from 26 percent to 49 percent.

During the debate on this bill in Lok Sabha on March 22, opposition leaders, including INC member Manish Tiwari, raised questions as to why the government was willing to pass a bill that it had previously been against. 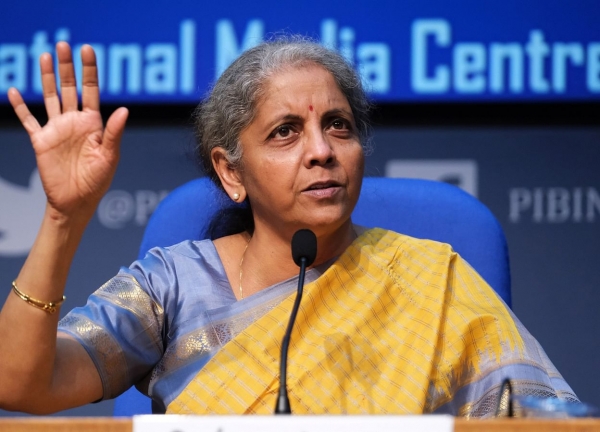 In response to these questions, Finance Minister Nirmala Sitraman said there is an urgent need in the insurance industry to raise the FDI limit to 74 percent so that there is enough capital available to expand insurance companies.

She added: "We are not rushing through this legislation. Adequate discussions and due diligence have been conducted and IRDAI has conducted appropriate consultations with insurance companies on this matter."

The Minister of finance announced this proposal in the Federation Budget 2021-22 on 1 February. She then said that the limit for foreign direct investment in India's insurance sector would increase to 74 percent from 49 percent.

Under the new structure of 74 percent FDI limit, the majority of the board members and key management positions will be Indian residents and at least 50 percent of the directors will be independent directors. A specific percentage of the profits will be kept as a general reserve.

This means that the Indian promoters of an insurance joint venture will have the right to accept or reject any decision of the board related to the affairs of the company. This is called Indian management control.

"Indian Management Control" was a clause inserted when the FDI limit for insurance was raised to 49 percent in 2015. This clause means that all board-level matters related to appointments, corporate strategy, and business expansion must be approved by a majority of Indian shareholders.

While in the budget 2021 speech, the finance minister did not explicitly use the phrase "Indian management control," it was clear that this would be the case even if the FDI cap was raised to 74 percent.

With the passage of the law, industry sources said that smaller Indian insurance promoters will likely seek out and hand over the majority stake to the foreign venture partner.

When the law was passed to increase foreign direct investment to 49 percent, many foreign players increased their stake in Indian insurance projects. Among them are Nippon Life (JV partner of Reliance Life Insurance), Tokio Marine (JV partner of Edelweiss Tokio Life), and Japan's Dai-ichi Corporation (JV partner of Star Union Dai-ichi Life with a 45.94 percent stake).

Among the recent deals, Belgian multinational insurer Ageas acquired an additional 23% stake in IDBI Bank from IDBI Federal Life Insurance for Rs 460 crore. This resulted in Ageas buying the 49 percent stake in the insurer.

After a surge in FDI in 2015, while the insurance sector was expected to receive new capital of Rs 25,000 crore, the actual infusion into the business was around Rs 5,400 crore. The rest were local companies selling their shares to foreign partners in joint ventures. These stock sales did nothing to increase the capital position of the insurance companies.