The end of each year witnesses a series of notes and press conferences for financial services firms in the coming year. The spectacular rally in equities during 2020 in the face of a major contraction in the economy has turned several brokerages relatively cautious.

In a press meeting on December 16, Kotak Securities announced its Nifty target of 13,500 by the end of 2021, below the index's current level. A Credit Suisse note from Dec. 17 said that, compared to global and emerging market equities, Indian stocks are no longer cheap and a short distance from the most expensive they have ever been.

In this piece, we look at four investment trends that may play out in 2021 and how investors can position themselves for them.

On a trailing basis, Nifty trades with a price-to-earnings (PE) ratio of 37.63 and a price-to-book (PB) ratio of 3.87 as of December 16, 2020, compared to 28.09 and 3.72, respectively, at the same time last year. Analysts generally look ahead rather than track P / E ratios because markets discount future earnings. According to Kotak Securities, the long-term PE price of 19 indicates Nifty's target of 13,500 by the end of 2021, even assuming a large 29% increase in earnings per share (EPS) due to the economic recovery in 2021.

"We are rebalancing clients from equity to debt if their portfolios become excessive," said Vishal Dhawan, founder of Plan Ahead Wealth Advisors, a Mumbai-based registered investment advisor (RIA). On gold given their poor performance in the last three to six months, but we asked them to keep the agreed asset allocation. If interest rates continue to fall, gold should remain supported. We also asked clients to remain geographically diversified rather than dedicating everything to Indian stocks despite their strong performance this year. " 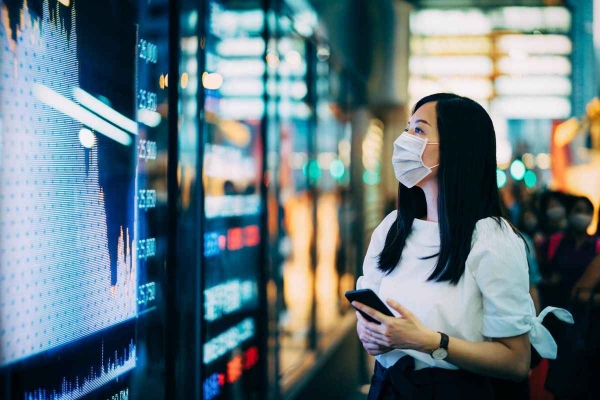 Kotak Securities expects banks and finance to outperform pharmaceuticals, which have been the star of 2020, a sentiment reflected in the Credit Suisse note. The company said: "We are overweight on banks, industrial and metals, while our underweights are consumer discretionary, NBFCs, healthcare and cement," it said.

Pharma sector funds increased about 65% in the past year, while bank funds were down 5.43% (as of December 16), enabling a moderate rally. According to experts, mutual fund investors are often better off avoiding industry calls. Investing in a diversified fund leaves these decisions in the hands of the fund manager and does not see major differences in the valuation of large, medium, and small capital. "Medium and small values are not overestimated against large companies as they were in late 2017, nor are they undervalued as they were in early 2020. The discount has expired at the beginning of the year. But they will outperform if there is a broad economic recovery. Scope: "These companies tend to have higher operating and financial leverage," said Shridatta Bhandwaldar, head, equities, Canara Robeco Mutual Fund.

Operating leverage means the ability to increase revenue to translate it into higher profits due to fixed operating costs. Leverage allows shareholders to benefit from higher income and profits since bondholder payments (interest) are fixed.

Investing in growth means buying fast-growing companies even if their ratings seem prohibitively expensive. It has outperformed investing in value (buying cheap companies in hopes of a turnaround) for several years and 2020 was no exception. However, the post-Covid-19 rally that began in May has narrowed the gap between growth and value stocks. The Nifty 50 Value Index generated 20 one-year returns of 17.06% (total return) as of November 27 compared to 8.72% for the Nifty 50 Index. Mutual funds also noticed the change, as the DSP Cooperative Fund launched a value fund in November. "Value stocks, in general, are assets that are heavy, cyclical, and more exposed to the real economy in contrast to companies with light, expensive, higher-growth assets that have also benefited from digitization and related technological changes. Harish Krishnan, Fund Director at Kotak Asset Management said: "Value stocks are hit the hardest by the recession and generally move when the real economy recovers." Companies that make successful changes to their business model will be rewarded by the market. I don't think value stocks keep going up just because they're cheap. "

2020 saw significant easing measures by the Reserve Bank of India (RBI), causing a sharp drop in short-term yields and consequently liquid and overnight fund yields of around 3 -4% during the year. This has led to a shift towards slightly longer debt classes, such as lower terms and shorter terms.

However, Anurag Mittal, fund manager at IDFC Mutual Fund, believes that the gap will narrow in 2021. “While economic activity has returned to normal and is expected to improve further, the growth path is likely to continue to India's medium-term to hold. Weak, which may require the RBI to keep rates low for a longer period. However, we expect the RBI to withdraw some of the exceptional measures it took in March and April. This is likely to increase short-term returns and reduce the gap between short-term debt (eg Sample Document (three to six months) and one to three-year debt in the second half of 2021. Therefore, little can be achieved by increasing the duration curve in the coming year. "

"Within debt, we continue with cash for Regular Transfer Plans (STPs). For other purposes, we prefer a duration group of one to three. Clients do not like fluctuations in fixed income and only it is invested when there is a risk appetite on 10-20% fixed income volatility in longer-term dynamic bond funds. "

Investors have a difficult set of options. The valuable stock market is next to the extremely low yielding debt market.

An asset allocation that is broadly in line with financial objectives, time horizon, and risk appetite is likely to weather these shifts.

5 personal finance rules to keep in mind this holiday season

Worried about risk in cryptocurrency? Here's how to invest without buying any token

How to fund excess savings in mutual funds - Business2Business