How India can crack the vaccine challenge - Business2Business

With the UK starting to vaccinate against COVID-19 and other countries to follow soon, it is time to reveal and publicize India's strategy. The issues were discussed internally in the government. Countries are also consulted and must be at the forefront of implementation. The prime minister has already announced that priority is given to vaccinating people.

All of this is for the better. The stakes are so high because reaching almost 700 million people in 12 months would be a great achievement. This will help to counter the current perception that India is underperforming health. It will also project an image of India in good shape in the post-pandemic period and as a positive factor in encouraging investment.

But for this to happen, there are still many critical issues that need to be resolved.

While it is natural to talk about getting the vaccine for everyone, it is not necessary to target all 1.3 billion people. A coverage of 70% would be enough to achieve herd immunity and stop the pandemic. That number is still more than 900 million, but children under 10 and pregnant women should also be excluded because none of the vaccines have been tested for these groups.

Therefore, the operational goal is less than 700 million and, if it is to be achieved in one year, we need 1.4 billion doses of vaccine, assuming a two-dose vaccine dose. Securing 1.4 billion doses for 12 months is challenging, but we are in a good position compared to other developing countries because we have a large vaccine production capacity. 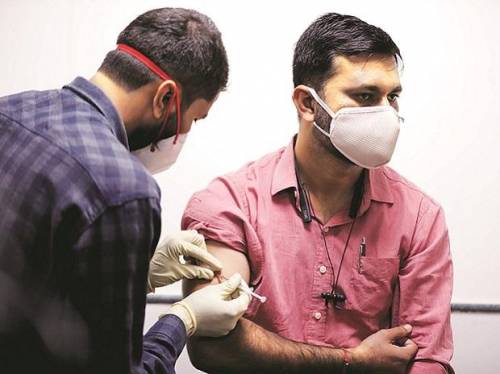 The Serum Institute of India is the largest vaccine manufacturer in the world. It produces the AstraZeneca-Oxford vaccine and will also produce the Novavax vaccine. It expands its capacity to 1.2 billion doses a year, and half of that amount could be available to India. Other Indian companies involved in clinical trials to produce a vaccine include Zydus Cadila, Bharat BioTech, Dr Reddy's Laboratories, and Biological E.

It is not easy to choose a vaccine to use in a vaccination program. The vaccines in preparation are based on completely different technologies: messenger RNA, adenovirus, and the traditional approach using inactivated viruses. Each vaccine will differ in its effectiveness, side effects, and impact in different age groups, depending on the presence of comorbidities. To complicate matters, the extent of these differences will not be fully known at the time regulatory approval is granted.

In this case, it makes sense to use multiple approved vaccines and systematically track Aadhaar results associated with vaccine lot numbers as well as the specific vaccination occasion. Since several million will be vaccinated each month, an efficient monitoring system will allow us to identify problems related to specific vaccines that were not detected in the tests against which regulatory approval was made. Then we can quickly eliminate the less effective vaccines.

The government discussed the status of the supply with the main national producers. It is not known whether confirmed pre-orders have been placed, but India is reported internationally as one of three countries that have "restricted" more than 1 billion doses. If so, it bodes well for the show.

Funding for the program is a contentious issue. Should the vaccine be free for all beneficiaries or only for some, while others must pay for it? Generally speaking, differential pricing in a public sector program will be very cumbersome and it may be best to keep the public sector program completely free along with the private sector channel where the person has to pay.

The central government must bear the full cost of the vaccine and the syringe for the public sector program. States will also bear some of the additional costs to provide the vaccine and train staff. Given the extremely strained financial situation of the states, the central government could also consider offering each state a special grant to cover all or part of these costs.

This means that the center may need to provide an additional Rs 35 billion for the vaccination program in the budget for 2021-22. Any negative impact on the financial deficit of the center due to these expenses will not generate criticism. 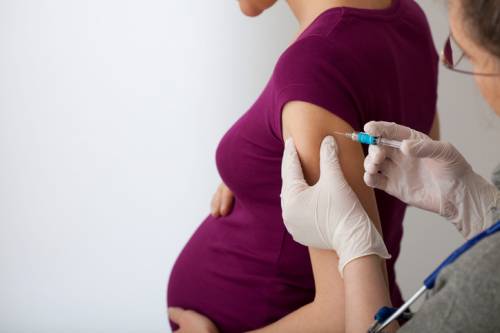 The center and the states

Both the center and the states play critical roles. The central government said it would be solely responsible for purchasing vaccines for the public program. It is almost certain that it will assume direct responsibility for covering all health workers in central government hospitals, military and paramilitary forces under its control, key personnel in essential services such as railways, air traffic control, airports, etc. This part of the program will require less than ten million doses and can be introduced in the first few months.

Most of the vaccine supplies should go to the states. They will be responsible for vaccinating front-line healthcare workers in government and private sector hospitals, police, teachers, municipal workers, etc. Most importantly, states must deliver the vaccine to the general public.

The real identification of the people belonging to the different priority groups must be done by the state governments. Identifying older people with comorbidities would be a daunting task due to the lack of a database. Countries will have to rely on people to come forward and advertise.

It is imperative to ensure that the distribution of limited vaccine supplies across states is done in a transparent manner. It can be the proportion of the total population; The proportion of new virus cases; Or coronavirus deaths that indicate the severity of the infection or the age composition of the population. Each of these three criteria produces different results. Everything can be spent by giving them pesos.

Ideally, each state should be informed as soon as possible how many doses it can expect to receive and how often so that you can plan to start your program. Vaccination against the emerging corona virus will be much more difficult than vaccination against polio because it requires an intramuscular injection rather than oral drops. Injections are usually given by nurses, but there is a severe shortage of supplies and it makes no sense to distract them from their regular job of administering vaccines.

Fortunately, an educated person can be trained relatively quickly to administer the injection. States should use the time available between now and March, when the first vaccines are likely to begin, to train staff. Pharmaceutical companies and private hospitals can link with the private sector to receive assistance in training.

The main problem with centrally sponsored schemes in the past is that they suffer from very strict guidelines set by the center. State capacity and ground-level conditions vary widely between states, and experience shows that state governments should be given maximum flexibility in implementation. For example, the prioritization of people may need to be complemented by the prioritization of geographic areas that are hotspots. The desire for flexibility will be a test of cooperative federalism.

Many will say that the free vaccine paid for by the government should only be delivered through government hospitals and clinics. While this could work well in countries with a well-established national health service, the situation in India is very different. A significant percentage of the population, especially in urban areas, depends on private doctors.

Once we get beyond vaccinating government employees and start covering the general public, it makes no sense to make vaccination a state monopoly.

Private entities such as pharmacists and testing laboratories can register as authorized agents of the state government to provide vaccines. They can administer the vaccine to eligible people, who Aadhaar has identified as part of its priority list, and charge a small fee for the vaccine. Those who prefer to go to government clinics can get vaccinated completely free of charge. Decentralized delivery will help avoid congestion at public sector dispensaries that can easily turn into hyper-prevalent events.

Private hospitals and clinics should also be allowed to purchase market-approved vaccines and provide them to the general public for a fee. This does not have to be at the expense of public sector efforts.

The Pfizer and Moderna vaccines, for example, may not be collected by the national program, because they are much more expensive and require subzero storage conditions. But if they get regulatory approval (Pfizer has already applied for it), private hospitals and clinics that could provide the required subzero storage, at least in major cities, should be able to import it and present it to the public. There is a precedent that vaccines that are not in the national program are imported into the country for distribution by the private sector.

It can be difficult to get supplies from the market in the first few months. However, availability could improve later because many developed countries pre-order multiple times for their national requirements. As these higher volumes are released, supplies will improve.

Local availability is also likely to improve over time, as the government may decide not to buy all production. The vaccines produced must be allowed to exceed central government orders and confirmed export commitments for private sector purchase. 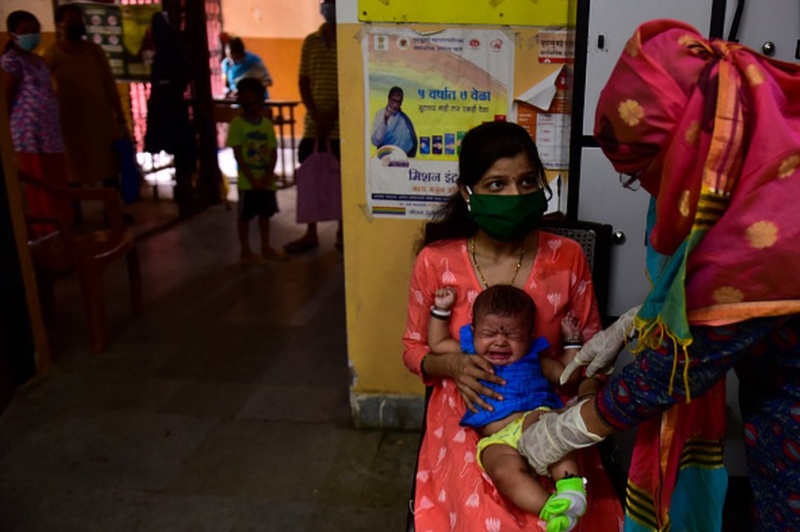 It will be important to avoid setting prices for vaccines supplied to the private sector for at least the first two years. There will be people who will be willing to pay for newer and more expensive vaccines, perhaps because they believe they are more effective or particularly suitable for their individual circumstances, or because they are offered in a more appropriate and appropriate way. They should be allowed to do so.

Denying high-income people access to the latest vaccines available abroad will force them to travel abroad to get vaccinated. In fact, some of our private hospitals may be tempted to set up vaccination clinics in Nepal or Sri Lanka to provide these vaccines at much lower costs even after taking travel costs into account.

The comunication is the key

It's common to say that everyone is "anxiously waiting for a vaccine," but there are also real safety concerns. Many groups in developed countries have expressed concern that regulators have come under political pressure to vaccinate vaccines through emergency authorization, leading to a reduction in the usual time due to diligence in safety testing.

Since a vaccine cannot be mandatory and must depend on voluntary acceptance, we need an effective communication strategy to address concerns. This requires high levels of transparency about the criteria for drug approval, as well as the first results of vaccinations. Launching a vaccination campaign for prominent personalities who speak publicly on television will help increase public confidence. This group should include all MPs and board members, regular VIPs, Bollywood people, and sports.

A clear formulation of the strategy can provide the basis for consensus among states and other stakeholders in the fight against coronavirus.
Montec S. Ahluwalia, Vice Chairman of the Former Planning Committee.