Bengaluru: After a week of being temporarily banned from the Google Play Store, payments firm Paytm said it has brought back its Indian Premier League (IPL)-led cashback scheme.

Paytm had earlier alleged that the cashback scheme was the reason for it being dropped from the Android platform.

"While we remain firm in our stance on the action that Google has taken, we have made some changes to our promotions so that our cricket celebrations continue with you without interruption. The essence of Paytm Cricket League remains the same: you will get cricket stickers amazing on every transaction and you'll get Cash Back on Collection! ”said Paytm in a blog post.

On September 18, Google India temporarily removed the Paytm app from the Android Play Store for several hours, claiming that the latter had violated its gaming guidelines for app developers. The Paytm app was restored after the company complied with the tech giant's rules on the matter. 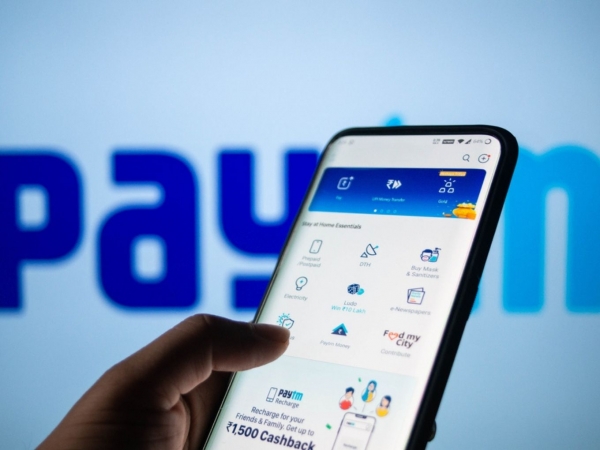 According to two people familiar with the problem, Google India has opposed the integration of real money gaming sites or apps into the main Paytm app.

However, Paytm said that what Google actually claimed to be "gambling" or "real money games" were more like two new cashback schemes that allowed users to win scratch cards on its platform during IPL.

In addition to the main app, the Paytm Fantasy Sports app, Paytm First Games was also removed from the Android Play Store on the same day.

Now, with a few tweaks, Paytm has put the UPI-led cashback system back into action.

"Our users can be assured that Paytm has never engaged in anything that could be considered gambling or gambling. We believe that such arbitrary actions and accusations are inconsistent with the laws of our country and acceptable standards of fair competition by arbitrarily denying our users an innovative service ".

With a refund from Paytm Cricket League, Paytm claims that its users can earn "Paytm Cricket Player Stickers" and add them to their album in the Paytm app. Upon completing milestones related to player stickers, Paytm users will be eligible for a refund of up to $ 1,000, the payments company explained on its blog.

In a blog post last week, Paytm claimed that its temporary ban from the Play Store was an "arm-twist" tactic from the leading global search company. He also said Google didn't give him a chance to explain the new refund stickers feature.

The Noida-based company said last week: "This (temporarily removing Indian apps from the Play Store) will be familiar to all Indian internet companies as they face a similar turn and fear that Google will dominate the digital ecosystem in India every day."

After the Paytm blog was published, Google made it clear that cash refunds and stickers do not violate its policies, but gaming platforms do.

"Providing refunds and coupons alone is not a violation of Google Play gambling policies ... We enforce our policies very carefully to provide a safe experience for consumers, while also providing developers the platform and tools they need to build a sustainable business. In the event of repeated policy breaches, we can take serious action, which may include canceling developer accounts from Google Play,” a Google spokesperson said last week pass.

Last week, Business2Business also reported that the dispute between tech giant Google and major fintech company Paytm had brought the global debate over app store monopolies to India. With the temporary ban on Paytm, many founders and venture capitalists (VCs) of the nation's startup ecosystem have decided to speak out against the power that Google wields over applications on its platform.