The fixed-wing aircraft will be based at the HAL airport and will be equipped with a German isolation Pod that the company, said can be used to transport critical COVID-19 patients as well.

The introduction of the air ambulance service comes at a time when many lives have been lost due to long hours of travel to hospitals. But the cost of operations had grounded similar ventures in the past. 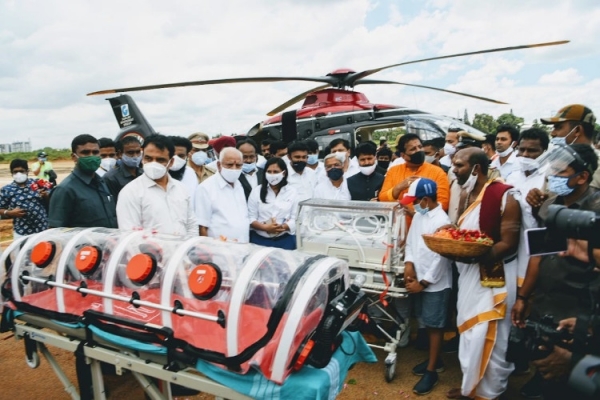 "India requires better emergency medical services to cope with the growing number of emergencies. Shalini Nalwad, ICATT co-founder and director, said in a statement that what exists today, which is primarily focused on Delhi and Mumbai and provides fragmented services throughout the country does not meet the requirements. "

Karnataka Chief Minister B.S. Yediyurappa, who launched the service, said the air ambulance, based in Bengaluru, could be used across south India.

The company will also have a comprehensive medevac team of doctors, clinicians, perfusionists, and paramedics.

The company said it carried out its first air medical transport since the lockdown from Afghanistan to India. The company also claimed that ICATT had built India's longest medical airlift from South Africa to Chennai.

"This year, ICATT has completed 63 domestic transfers, 10 international transfers, and 7 organ transfers so far," according to the statement.

The organization also played an important role in saving and treating people during the list of disasters that hit Kerala.