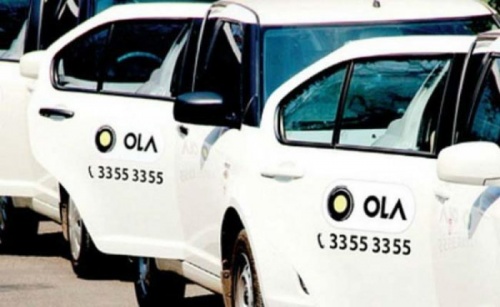 Business news: The Ride-hailing app Ola has been expanding its operations all over the world. It is eyeing the IPO (Initial Public Offering) in the coming few years. Ola has had a 92% increase in its losses because of its cab-leasing business named Ola Fleet Technologies.

Mr Nikhil Kanekal, Analyst of business signals platform Paper.vc said in a statement that "Ola Fleet Technologies, the wholly-owned subsidiary of Ola Cabs, basically aims to lease the vehicles to various taxi drivers as well as other mobility partners. The firm has reported a 1.6 times growth in its revenues and the expenses and a loss of $22.7 million for the financial year 2019.”

The parent company of Ola, ANI Technologies reported a reduction in its losses from Rs 2,676 crore to Rs 1,160 crore. All the while, the total income had also increased from Rs 1,860 crore to Rs 2,155 crore. In the previous month, it was reported that Ola has been looking to initiate the process of IPO by the end of the financial year 2021. It is also planning to reduce 5% of its 4,500 employee count. The company was founded in the year 2010 and is currently present in over 250 cities in India as well as Australia, New Zealand, and the United Kingdom. Uber is the biggest competitor for Ola Cabs.

Ola Cabs have started to register the licenced drivers in London after its operational launch in the city. As per the company “more than 50,000 licenced drivers will have the assurance that they can easily provide the mobility services in London.” Ola had been launched in the UK in the month of August 2018. First in Cardiff and then it expanded to Birmingham, Liverpool, Exeter, Reading, Bristol, Bath, Coventry, and Warwick.

Ola is in competition with Uber in the Indian market as well as in the UK, Australia, and New Zealand. This development has come about 24 hours after Uber had lost its license in London as the Transport For London had discovered that the Uber drivers in London were using a fake identity on the Uber app.