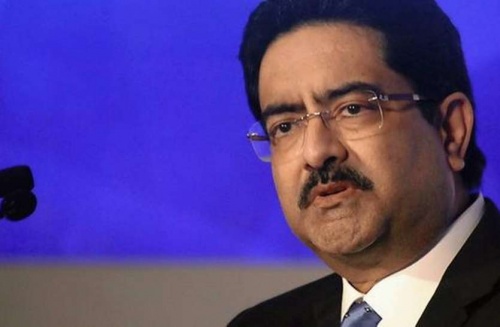 The financial crisis at Vodafone Group of India has dragged the fortune of Kumar Mangalam Birla, whose group is the second-largest investor in the dubious wireless operator. The businessman, who joined a British operator last year, has lost about a third of his fortune since the end of 2017, as rising losses and debt have destroyed the capital of troubled Vodafone Idea Limited.

Leading chemical, metal and cement companies also fell amid falling demand, eroding their wealth. Birla's net worth was reduced to about $ 6 billion from $ 9.1 billion two years ago, according to the Bloomberg Billionaires Index. Much of his wealth derives from his ownership of the Aditya Birla Group, a group that controls its main characteristics.

Birla is the last businessman to burn his fingers in the ruthless Indian cellular market since Reliance Jio Infocomm Ltd. entered in 2016. Mukesh Ambani led his rivals to bankruptcy. Vodafone Idea, formed by merging Vodafone's local unit with Birla's cellular operator, formed the worst loss in corporate history in the country, while the British partner noticed the risk of collapse.

For the Aditya Birla Group, the impact on the communications business was no worse. The slowdown in global growth amid a trade war between the United States and China, as well as an economic slowdown in the country, slowed demand for industrial raw materials produced by the group.

Vodafone Idea's problems worsened last month after India's Supreme Court sided with the government's $ 4 billion request for arrears over previous years. It was already costly with a $ 14 billion debt, his money weakened by the brutal war with Jio. This year Ambani became the country's number one operator with 380 million users by offering free calls and cheap data.

Vodafone Idea shares have fallen 90% since late 2017, reducing their market value to $ 2.7 billion.

"Vodafone and Idea have undergone a complex merger and, at the same time, tried to keep their heads out of the water in a battle with Reliance Jio," said Rishikesha T. Krishnan, professor of business strategy at the Indian Institute of Management, Bangalore.

"The Supreme Court's decision came at the most inappropriate moment."
Hindalco, which manufactures aluminium and copper, reported a 33% drop in fourth-quarter profit, with prices for both metals falling in the three months to September. Shares of Hindalco have fallen by 31% since late 2017, reducing their market value to $ 5.9 billion. The S&P BSE Sensex rose 19% in the same period.

The slowdown in India's $ 2.7 billion economy has reduced demand for commodities such as cement for chemicals and textiles made by Grasim. Its shares have fallen 33% since late 2017.
Vodafone Idea's problems also affected Grasim, which owns about 12% of the company.

This week brought some signs of satisfaction to Vodafone Idea shareholders. Their shares have more than doubled in the four days, as the three competitors, including Jio and Bharti Airtel Ltd., witnessed end of the price war. Bharti also posted record quarterly loss last week.

On Wednesday, the government postponed payments for broadcast waves for two years, providing relief to the industry shaken by high licensing fees and spectrum costs. Finance Minister Nirmala Sitraman said she wants all companies to thrive and none to fail.

"Interest rate rises are positive," analysts at Jeffries led by Piyush Nahar said in a note this week. Despite the positive movement, government relief remains crucial, especially for Vodafone Idea.


Also read: Telecom Industry in Buzz as Vodafone may Exit its India Operations