We made new highs and it looked like there was going to be a strong close, but that failed. The markets were in a lot of momentum and also the Indian markets moved away from what was happening globally, especially other emerging markets. We've seen big cuts in many markets like Brazil, Hong Kong, China and even Korea that posted a decent 5-6% cut from the top, but we're up 5-6% in the same time frame. These types of movements are usually unsustainable because when the overall basket of emerging markets undergoes a correction, the market cannot continue to rise.

This is a risk to the markets because the valuation premium continues to rise as well. Then, eventually, catch-up happens. I think the market, especially people who trade and invest in the short term, is in a very risky area because the overall market has slowed reasonably well. Many stocks have cooled and corrected, but there are some stock groups, especially from the consumer side, such as Diagnostics or Hospitals, that have consistently gone up and valuations have skyrocketed. I think people who don't have a long-term horizon should be careful with these measures at this time.

Look at the profit on HDFC Bank. The motive behind this was evident from the news. It is also a big milestone for Bajaj Finance. We've been talking about how finance and banks are lagging behind the next upward move. That must change.

When the next step occurs, finances must work. This time around, IT largely took over the slack in the financial sector's performance in terms of index movement. Most of IT's shares have continued to rise dramatically and are now trading at a significant premium to historical valuations. So, yes, the banks will have to take charge of the next step, but that doesn't mean the next step is imminent. In general, the market needs to give up profits and the financing will also give up more profits when corrective actions start. 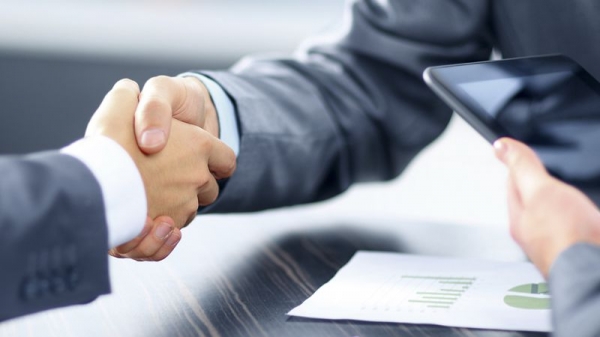 Is it worth it to be linked to all unlock trades? Globally, 4.3 billion vaccines have been administered, which means that 35% of the world's population now has one or possibly two injections. If there is no third wave, will trade unlock in India continue?

Yes, the unlock should open, whether it happens in the next three months or next year. It is a question of what your horizon is. It is very difficult to predict whether we will also receive a wave like the one we saw in the UK or in the US, where vaccination was also very high. But the next wave came. Do we have some kind of shield because those countries have pretty much given out mRNA vaccines and in the UK the wave hasn't crossed a point in time because 60% of the vaccines were AstraZeneca and actually Covishield? If we're lucky, only time will tell. It is very difficult for any of us to make any kind of prediction.

So much value is now in many of those stocks where the gains aren't that great and the valuations haven't gone up much. If we look at diagnostics or consumer stocks, we wouldn't be surprised if a lot of the prices we're seeing now, plus minus a few percentage points, won't show up in many of these stocks for the next one or two years.

Is this the right time to buy a car or will you wait until the semiconductor shortage is resolved?

There are two problems here. One is the general lack of semiconductors hitting the four-wheeler the most, not the two-wheeler. The second is the general slowdown in demand for two-wheeler in the domestic market, which affects Hero MotoCorp NSE -0.68%, Bajaj Auto, etc. Bajaj has its own export business. They have three wheeler where the order can return as the unlock happens. Therefore, Bajaj Auto held up reasonably well, but also, the general statistics for the domestic market do not look very good.

In four-wheel vehicles, there is Maruti NSE of -0.66% but Maruti spoke of a shortage of semiconductors. So what's left is the M&M or commercial vehicle companies. M&M is an interesting story because the reviews aren't that expensive. It's in a new product cycle for its SUV and usually in new product cycles, SVUs like the Thar and XUV700 perform well. Overall, Mahindra & Mahindra tend to outperform these courses and it's a fair value game. So I think it's a good business to last for a year or two.

Tata Motors NSE -1.46% has issues with chip availability and a slowing Chinese economy. Much of the demand for JLR comes from China, and if that demand slows, it could affect them. Furthermore, they also have a history of marginal stress. So I think even Tata Motors is not a play yet.