The SoftBank Vision Fund 2 is expected to invest $ 450 million in Swiggy in a deal that marks the first direct bet by Masayoshi Son's SoftBank Group Corp. in the Indian food technology sector.

The infusion is part of a larger $ 1.25 billion round that has been brewing for the past few months.

SoftBank and Swiggy, parent company Bundl Technologies Pvt. Ltd is still negotiating the exact details of the deal and has not yet signed the shareholder agreement, said a person with direct knowledge of the development, who asked not to be identified. This person said that the documents will probably be sent to the Competition Commission of India (CCI) within a week or two.

The aforementioned person said that SoftBank's entry could boost Swiggy's post-money valuation up to $ 5.5 billion.

Another person, who requested anonymity, said that SoftBank Group could invest up to $ 500 million. 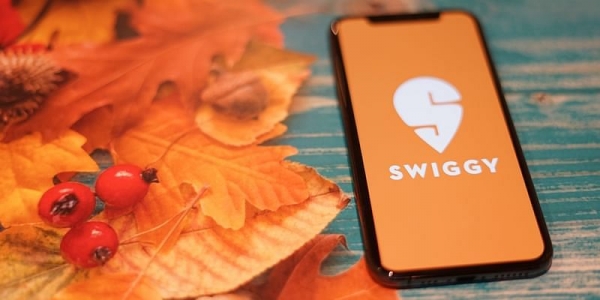 Last week, Swiggy said, in an internal memo, that he had raised $ 800 million (roughly Rs. 5,863 crores) in a post-valuation of $ 5 billion money from a consortium of new and old investors. The new investors were Falcon Edge Capital, Goldman Sachs, Think Capital, Amansa Capital, and Carmignac. Also on the tour was the investment arm of Naspers, Prosus Ventures, and Accel Partners.

Globally, SoftBank owns about 22% of the food delivery company DoorDash, which went public earlier this year in rich multiples.

SoftBank invested $ 680 million in DoorDash, the value of which increased to $ 11.9 billion on the first day of trading.

After DoorDash was listed, Vision Fund began exploring options to invest in Swiggy and its rival Zomato. However, SoftBank founder and CEO Masayoshi Son preferred Swiggy over Zomato after evaluating the former`s new product portfolio, as the first person mentioned above said.

"SoftBank aimed to invest in the food technology sector in India, which continues to grow even during the outbreak of the pandemic. In addition to food technology, Swiggy has successfully diversified with its Instamart grocery delivery service, building multiple trenches of revenue and standing out from rival Zomato, "said the second person mentioned above.

The first person said that with Naspers and SoftBank supporting Swiggy, the food delivery company will be able to stay private for much longer.

Although SoftBank chose Swiggy, a senior SoftBank executive who is not part of the Vision Fund, he made a small personal investment in Zomato in February, according to VCCircle. This investment was cleared by SoftBank at that time.

Previously, SoftBank invested in Uber Eats indirectly, through its investment in the Uber platform. Uber Eats India was sold to Zomato in January 2020.