All you need to know about the GST system | GST rates

GST (Stands for the Goods and Services Tax) is the biggest tax-related reform that took place in the country since Independence. This reform is the reason behind the uniformity in the taxation structure of India. It aims to remove the cascading of taxes levied in the previous times.

The GST Council meets periodically for the purpose of revising the GST rates for various products. The council has a total of 33 members, including the State Finance Ministers. The Union Finance Minister is the head of the Council.


The three types of GST are listed as follows: 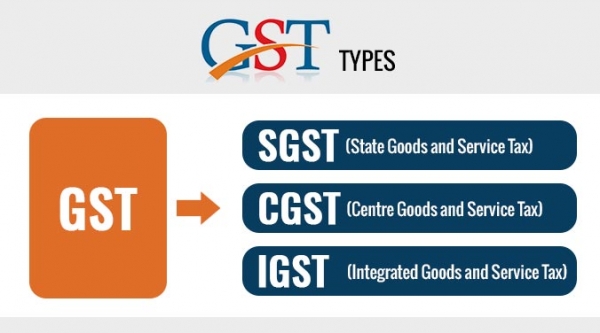 The CGST  is collected by the Central Government when an intra-state transaction occurs. The CGST is levied in addition to the SGST.

The SGST is collected by the States and Union territories when an intra-state transaction occurs.

The IGST is collected by the Central government in case the location of the supplier of the goods or services is in a different state than the place for consumption. The Integrated GST collected will be divided between the Centre and the State.

The latest GST rate revision was done in the 28th GST Council meeting held on 21st July 2018. The council revised the GST rates for 45 goods and 2 services during the meeting.

The government wanted to ensure that the GST rates are close to the original rates. But, in the case of a few commodities, differences in the rates were found due to the economic changes as well as customer preferences. Some items had been added in the high tax bracket of 18 to 28 percent but later it was realized that those commodities should be necessities and not luxuries. Hence, the GST rates were revised for some items like notebooks, etc.

Currently, these are a total of seven categories of GST rates. These are  exempt, 0.25%, 3%, 5%, 12%, 18% and 28%. The GST exempt goods and services are those goods and services that may have a higher GST rate on it but are exempted from GST temporarily. On the other hand, Nil GST refers to no GST or zero GST.

The GST Council has proposed a four-tier tax structure. As far as the essential food items are concerned, the GST rates have been decided as either nil or very low. This is done because the food items constitute 50 percent of the consumer needs and it helps to ensure that the inflation is kept under check. On the other hand, the negative items and luxury goods of business  are expected to be taxed at a higher rate with the aim to maintain the revenue neutrality for both the state and central governments after the implementation of the new GST rates. Other precious metals might have an extra concessional GST tax slab because these metals are taxed at only 1 percent under the VAT currently.

The Government of India will introduce new tactics to bring in more products under the GST rate system. According to the Finance Minister, Arun Jaitley, some new products could be included under the GST alongside the reduction of GST rates on some of the other products. The Major goods that might come under the GST rates slab are as follows:

- Petroleum products including Petrol and Diesel

There have been a total of 37 GST council meetings conducted till October 2019. The meeting is chaired by the Finance Minister who aims to give clarifications and recommendations to make changes in the GST rates for various goods and services. In the 37th GST Council Meeting that took place on 20th September 2019 resulted in changes in the GST laws for MSMEs and the rates of certain goods and services.

The major decisions of the meeting include the waiver of GSTR-9A filing for the Financial Year 2017-18 and 2018-19. The introduction of the New GST Return System was also announced in the meeting that will be started from the month of April 2020.

Introduction of the GST system has many benefits for the economy of the country. Some of these include Enhancement of exports and investments, Uniform procedures for registration, filing of returns, payment of taxes, and tax refunds, Simplified tax structure with fewer exemptions, Regulation of Unorganised Industries, Lowered Tax Burden on Industry and Trade, taxpayers will have a common portal (GSTN), Common Procedures, Help the Government Revenue Find Buoyancy, Increase in manufacturing processes, and most importantly bringing uniformity in Taxation.