A credit default swap (CDS) is a type of credit derivative that offers protection against default and other risks to the buyer. Until the credit maturity date, the buyer of a CDS makes periodic payments to the seller. In the agreement, the seller promises to pay the buyer any premiums and interest that would have been paid up to the maturity date if the debt issuer defaults. A credit swap allows a buyer to reduce risk by transferring it to an insurance company in exchange for recurring payments. A CDS, like an insurance policy, allows investors to buy protection against an improbable event that could harm their investment. By the Masters of JP Morgan introduced credit default swaps in 1994, and they became popular in 1995. Credit default swaps were popular in the early 2000s, and by 2007, the total value of outstanding credit default swaps was $62.2 trillion. The value of CDS was severely impacted during the 2008 financial crisis, falling to $26.3 trillion in 2010 and $25.5 trillion in 2012. There was no legislative structure in place to oversee swaps, and regulators were concerned about the lack of transparency in the market. 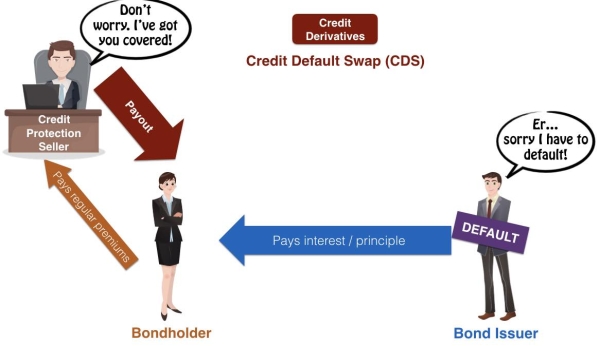 One of the hazards of a credit default swap is that the buyer will fail on the contract, depriving the seller of the anticipated money. As a risk mitigation measure, the seller transfers the CDS to another party, however this may result in default. In the event that the original buyer defaults on the contract, the seller may be required to sell a new CDS to repay the first investment. The new CDS, on the other hand, may sell for less than the original CDS, resulting in a loss.

A credit default swap seller is likewise exposed to a jump-to-jump risk. The seller may be receiving monthly premiums from the new buyer in the hopes that the original buyer will follow through on their obligations. However, if the buyer defaults, the seller is immediately obligated to pay the millions or billions owing to protection buyers.

Also Read: Service exports hit a new high of $250 billion in FY22, according to Piyush Goyal