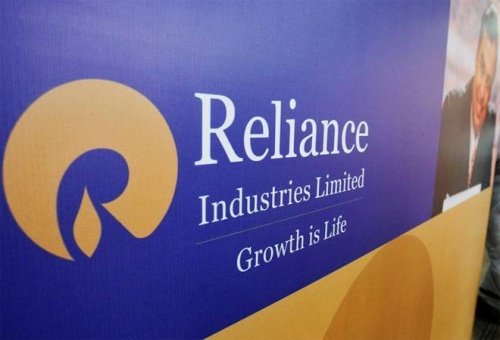 
Reliance Industries Limited is the first of the private companies that have become India's largest company in around 10 years, as per Fortune India reports. In the year 2018-19, the revenue of RIL was Rs 5.81 lakh crore.

Fortune India has said in a statement that the RIL has recorded an increase in its revenue of 41.5 per cent in the financial year 2018-19. This revenue was around 8.4 per cent more than the IOC (Indian Oil Corporation) which is now the second-largest company on the Fortune India 500 List.

"Over the last 10 years, Reliance Industries profits at an average has been three times the profits of IOC. The highest profits that it earned in comparison to the IOC was up to 4.8 times, in the financial year 2015 when the RIL's profits were at Rs 23,566 crores and the IOC was at Rs 4,912 crore." Fortune India said.

The third spot has been grabbed by the state-owned company, Oil and Natural Gas Corporation (ONGC). ONGC was at the same spot in 2018 as well. The State Bank of India, Tata Motors and Bharat Petroleum Corporation came after the ONGC. These companies have retained the same rankings as in the year 2018.

The 7th spot has been taken by Rajesh Exports that has moved one position up since last year. Tata Steel, Coal India, Tata Consultancy Services and Larsen & Toubro have been ranked 8th, 9th, 10th and 11th respectively. All four of these have moved one spot above from the previous year rankings.

ICICI Bank has climbed two positions and has ranked at the 12th spot. It has been followed by Hindalco Industries and the HDFC Bank. Vedanta Ltd has gone there positions down and is ranked at the 18th spot in this year's list.

The overall revenue of Fortune India 500 companies in the year 2019 has grown 9.53 per cent and the profit increased by 11.8 per cent. In 2019, the loss that has been posted by the 500 companies has also reduced. 65 companies had a cumulative loss of Rs 1.67 lakh crore, in comparison to the previous year's Rs 2 lakh crore by 79 companies, as per Fortune India.

57 companies in total had been removed from the list for various reasons such as consolidation within the banks of the public sector, the public sector undertakings, and the private sector as well.

The whole banking sector of India, that includes 48 companies, is one of the biggest contributors when it comes to the number of companies that are on the list. Although, the Oil and gas sector of India still has the highest profit share in the Fortune India 500. These profits are at 23.44 per cent.